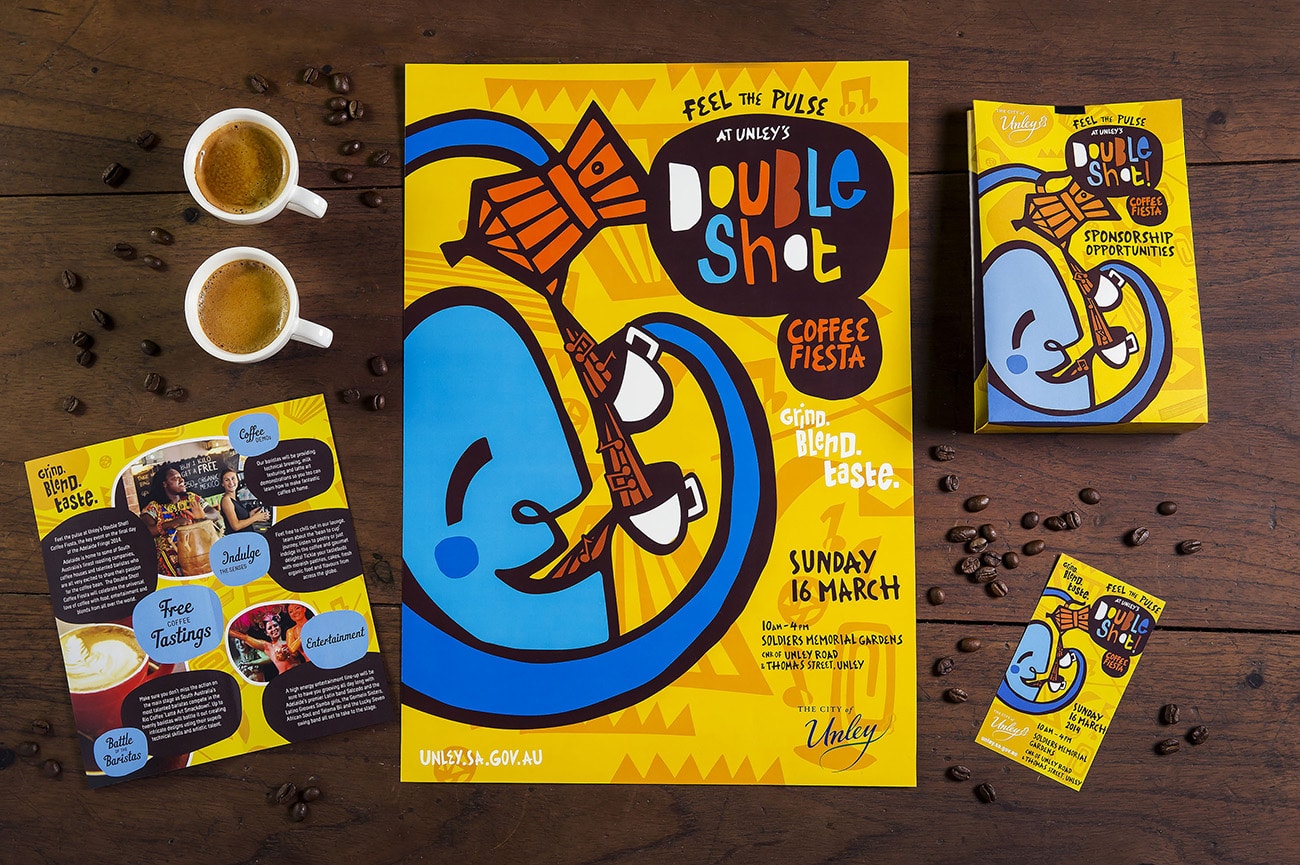 Posted at 16:14h in Studio News by Frank Stillitano

Just weeks after winning the DIA Rug Design Competition, the team at Flux collected their second major award for 2014, this time snaring Gold at the DIA SA Awards. With three entries in the Communication category, there was some serious competition — several of Adelaide’s best graphic design firms had submitted their most successful design pieces for the past 12-24 months.

The Double Shot Coffee Fiesta is now an annual event and the award victory was welcomed by the event organisers at City of Unley, giving the already very successful event another boost of awareness.

Click here to see all the photos and project outline.

Since winning this award, the City of Unley has subsequently hired Flux Visual Communication as the lead graphic design studio on several other event branding projects, including ‘Ni Hao Unley‘ and the Every Generation Festival. The ongoing partnership between Flux and the City of Unley is underpinned by an agreement which sees Flux as a preferred supplier of graphic design services to the local government organisation— a field in which the small Adelaide based design firm has become very familiar with.

Over the last few years, Flux has become a preferred supplier of graphic design services to several local and state government departments, including the Adelaide City Council, Adelaide Hills Council, City of Unley, Department of Education and Children’s Services and ReturnToWork SA. Flux’s dedication to assisting organisations that have a community focus is no doubt part of this stream of ongoing successful relationships.

Flux is also developing a niche graphic design service in event branding, with a growing list of event now being embellished with the studios handiwork. Examples include Ride for Pain, New Years Eve in Adelaide, Eventing SA Quiz Night and the Every Generation Festival.